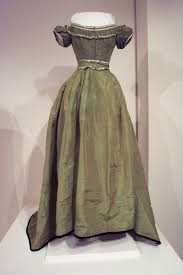 In honour of our Sesquicentennial come join Fashion Historian, Ivan Sayers, for an entertaining insight to the fashions of 1867. This lecture is from Ivan’s private curated collection in Vancouver.

Ivan Sayers is a fashion historian who specializes in the study of women’s, men’s, and children’s fashions from 1650 to the present. He graduated from UBC in 1969 with a BA in Classical studies. A long-time resident of Vancouver, he worked at the Vancouver Museum from 1970 to 1990, and was its Curator of History from 1976 to 1990.

Sayers has one of the largest and most comprehensive collections of historic clothing in private hands in Canada. He has produced fashion shows, lectures, and exhibitions all over western and central North America. He commonly jokes that his collection is so vast, he sleeps in the dining-room of his three-bedroom home.

Canadian Dress: The Confederation Era looks at how various nineteenth-century Canadians presented themselves through the clothes they wore. This module focuses on a formative period in Canada’s development as a nation, representing the generation that ushered in Confederation in 1867 and continued to build on that accomplishment. The Canada of this period was a very different place from the country we know today.

Although British North America occupied the northern part of the continent, stretching from the Atlantic to the Pacific, it was fragmented into a handful of colonies and territories. In 1867, the Province of Canada (then comprising Ontario and Quebec) united with the colonies of New Brunswick and Nova Scotia, thereby creating a new federated country. Manitoba joined Confederation in 1870, after the young nation acquired Rupert’s Land from the Hudson’s Bay Company. A year later, the federation expanded again with the addition of British Columbia on the Pacific Coast. The last province to enter the union before the end of the nineteenth century was Prince Edward Island in 1873.

From 1840 to 1890, Canada’s population more than doubled to nearly five million — three-quarters of whom were concentrated in Ontario and Quebec. With the exception of Quebec, whose population was overwhelmingly French-Canadian, Canada’s people were predominantly of British origin, although growing numbers of immigrants from continental Europe and China had begun to settle in the West. Canada’s Aboriginal population was largely concentrated in the western part of the country, with over half of them living in British Columbia.

Most people in Canada still lived and worked on farms during this period. Ontario — with its large population, relatively mild climate and fertile soils — produced the bulk of the nation’s crops, although wheat production was slowly shifting to the Prairies. By the mid-nineteenth century, farmers in eastern Canada were diversifying into dairy farming, raising cattle and hogs, and market-gardening. During this period, rural cheese factories became so numerous that cheese was one of Canada’s most valuable exports, second only to lumber.

While important changes were occurring in the countryside, towns and cities were being even more profoundly transformed as Canada entered its first major phase of urbanization and industrialization. In 1840, only 13 per cent of Canadians lived in urban areas. A mere 50 years later, that figure had increased to 31 per cent, and the growing towns took on many commercial, industrial, and administrative functions.

Industrial development occurred initially in places with readily available water power, but the harnessing of steam power after 1850 created new opportunities to centralize mass-production in factories. Many towns, large and small, had a foundry, sawmill, textile mill and/or a facility where agricultural implements were produced and sold. These new factories produced a wide range of consumer goods, from boots and shoes to clothing, biscuits, tools, and plumbing supplies.

As the primary ports of entry for foreign goods, Montreal and Toronto were home to a host of wholesale outlets and other businesses connected to international trade. The two cities offered local and distant customers an extensive variety of imported goods, including the latest in fashions, fabrics and accessories. The completion of a trans-Canadian railway system between 1856 and 1885 was a major stimulus to the creation of a national market for Canadian and foreign manufactured goods, as well as for agricultural produce.

Most Canadians attached great significance to religion. Religion provided a strong community of faith for members of a church, while also dividing people of different creeds — particularly Protestants and Catholics. Outside of religious affiliation, shared experiences and recreational activities promoted community bonding and identity. In rural areas, neighbours helped one another in work bees, showed off their produce and livestock at agricultural fairs, and celebrated civic holidays such as Victoria Day (May 24) and Dominion Day (July 1) with parades and sporting events. In towns and cities, recreational opportunities were more diverse, from literary and art associations to lacrosse and baseball leagues.

With Chris Cooper Join us on a journey of discovery to the land of the ice bear. Local adventurer Chris [...]

With Jason Wong Happiness is a state of mind that must be chosen and reinforced with action, often [...]

Bus Tour: Brunch at Rowena’s Inn on the Harris River

With Valerie Sprott Join us for Brunch at Clubhouse Restaurant at the Sandpiper Resort.  After Brunch enjoy the 160 -acre [...]