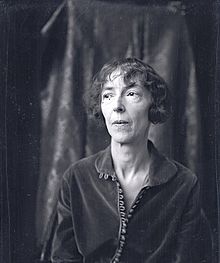 A pre-festival program for the 10th Annual Writers & Readers Festival

More famous than Lucy Maude Montgomery in her time, most famous for her ‘Jalna’ series, or the Whiteoak Chronicles. The series tells the story of one hundred years of the Whiteoak family covering from 1854 to 1954. Learn more about this highly-private, epic Canadian novelist.

Mazo de la Roche was the only child of William Roche, a salesman, and Alberta (Lundy) Roche, who was a great-great-niece of David Willson, founder of the Children of Peace, through the latter’s elder half-brother Hugh L. Willson. The family moved frequently during her childhood because of her mother’s ill health and her father’s many jobs, and she was a lonely child who became an avid reader and developed her own fictional world, “The Play,” in which she created imaginary scenes and characters. She wrote her first short story at age 9.

One of the family’s moves meant some years on a farm owned by a wealthy man who farmed as a hobby. There de la Roche began to develop her fictional world of rural aristocracy that would become Jalna.

When she was seven, her parents adopted her orphaned younger cousin Caroline Clement, who joined in her fantasy world game and would become her lifelong companion. The two lived a fairly reclusive life; their relationship was not discussed widely in the press. In 1931 they adopted the two orphaned children of friends of theirs.

Before she became famous, she lived for five years in Sovereign House in Bronte which has been designated a historical building by the Bronte Historical Society. Mazo’s “Whiteoaks Chronicles” figures into the term “Whiteoaks” which usually refers to the Oakville-Bronte area.

Tuesday March 24, 2019 In response to the current Covid -19 Pandemic and in keeping with Provincial Health Guidance, the [...]